This upcoming weekend, Chicago will become the destination spot for the top show performers from around the world. They will compete in the legendary Continental pageant and their legions of fans will follow them as the “super-bowl” of the pageant world takes place. Years ago when I first hit the scene, the pageant world was the predominate subculture in the urban LGBT community. Its leading participants were viewed as local celebrities around the country and highly sought after. In subsequent years, pageants became overshadowed by other subcultures- such as ballroom and families- in popularity, but remained second to none in terms of quality and showmanship. In 2016, the pageant world began a slow in-climb to regain the title as the preeminent entity within our community. Many could argue several contributing factors but I took notice at the wave of fresh, new, alluring talent joining this culture. One name that resoundingly stood out was Leo Luv D’mor. I spent a few weeks observing him and I immediately realized he is passionate, educated, charming, attractive and professional. These are excellent qualities to possess when charged with rejuvenating any entity.

Leo is a native of Chicago and was introduced to pageantry by way of dance. He began his pageant journey by doing background dancing for heavy hitters such as Victoria La’Paige, Mocha Montrese, Tiffany Hunter, and Natasha Braxton. His unique talent quickly became in extreme high demand due to his ability to tell a story through movement while not pulling too much focus away from the headliner. After establishing a name for himself as a dancer, Leo wanted to try his hand at choreography. He choreographed talents for people such as Kaila Santi, Terri D’mor, Monique Green, and Mercedes Black and soon this led to a high demand for this talent as well.  He was adored by many in the pageant world for being easy and fun to work with. Soon thereafter, Leo decided to compete in a club pageant called Mr. and Ms. Club House. This was considered a new comer pageant due to the fact it was only a club pageant and hadn’t been around that long. He pursued this adventure and walked away victorious! Thus establishing a name for himself as a worthy competitor and future heavy weight in pageantry. Following his performance, he was approached by legendary Victoria La’Paige and Antonio King in which they discussed the opportunity for Leo to compete in a national system called Mr. Continental.  A couple months later, he took on the challenge and walked away as 2nd runner up. This placing was impressive considering it was his first time competing on a national level. This placing also created a new platform for Leo and he became known as the “one to watch out for.” To date, Leo has competed for the title of Mr. Continental two years in a row and both years walked away as 2nd runner up. He plans on returning to the Continental stage in 2016 once again in hopes of claiming the title. Scroll down and learn more about Leo.

FL– What first sparked your fascination with the male pageant scene and what led you to want to be a part of it?

LLD– When I saw how creative some competitors can be in the gown, and talent portion of the pageant. I can remember as an audience member sitting on the edge of my seat waiting and anticipating how the next girl was going to look in her gown. The glitz and glam, the beads and stones, the fabric and lights. It was all very alluring and amazing.

Even though some of the talents can be a complete bore, I still love watching and enjoying the theatrics of it all.  Some people do Broadway numbers, music video numbers, spoken word, comedy, and much more. It’s exciting see how creative some talents can be. Thus began my fascination with pageantry.

FL– Those whom know the “history” within our community, knows that the pageant scene was the “mother” of the ballroom community. Many of principles and structure of ballroom was pulled from the pageant scene. Can you highlight some of the similarities between both communities?

LLD– Both pageantry and Ballroom have categories.

Different but similar because it creates an outlet for whomever decides to compete, or walk to become whomever they please. You get to be who you want be, do what you want to do, play how you want to play in a life of fantasy as an escape from the real world.

FL– What are 5 traits or characteristics that you’ve picked up from the pageants that you’ve adopted into your personal life and allowed you to become successful in the real world?

LLD– 1. Time management. It’s better to be early, than on time.

(If ever a title holder; you’ll be the center of attention at all times and it’s important to not come off as stand off-ish)

(Sometimes people will try to take you down to expose the worst part of yourself because of your title, but you must remain true to yourself)

(The weirdest things can happen at any point, so you got to stay ahead of the curve)

(It’s easy to become bigheaded, and arrogant after winning a national title, but sometimes we have to put ourselves in check)

These five characteristics have helped me tremendously throughout life.

FL– Who are your top three, all time, pageant influences and why?

LLD– My top 3 pageant influences are:

Monty St. James – because of his extreme creativity. The boy is bad (in a good way).

Alexes Gabrielle Sherrington – for her over the top drag and lavish talent productions.

Fontasia L’Amour – for her energetic and creative talents, and poise and confidence when speaking. 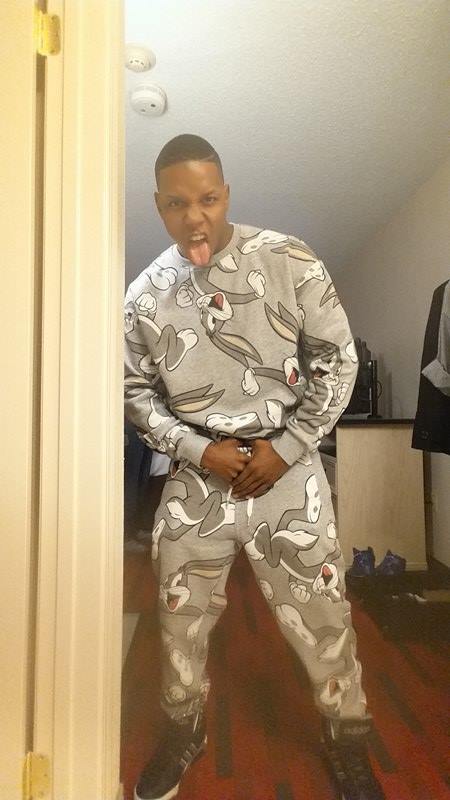 FL– Being a part of the pageant community can take a toll on your personal/dating life. How have you adjusted to and navigate this reality?

LLD– I’m still adjusting to that honestly!  Dating has already become a thing of the past. Add being a male lead and pageant figure on top of that, and there goes that topic.

FL– Many viewed the pageant scene as being dated, yet you and many of your peers are bringing a refreshing, youthful, sex appeal back to the entity. How do you feel about this endowment and how do you use it in the manifestation of your performances?

LLD– People who feel pageantry is dated probably never seen or attended one.  It’s actually the opposite. There are more and more pageants being created to supply the demand for them. There are tons of new, young, fresh faces that want their shot at being a title holder. I personally think my look and the look of most of the newer pageant generation (sexy, youthful, but mature nature) is what’s needed to keep the attention of potential contestants interested.

FL– You’re competing in Continental this year, which is like the Super bowl of pageants. What can we expect from you?

LLD– You should expect to be on an emotional roller-coaster, and thoroughly entertained during talent. Expect to see a motivated, determined, and excited young man leave it all on the stage as I try to capture the biggest Pokémon of them all, Mr. Continental.

FL– If you had to convey to the world one positive and lasting sentiment about the pageant scene, what would it be?

LLD-The one positive sentiment I would say to anyone about pageantry and life in general is “don’t knock it till you try it”.

FL– If you had to convey to the world one positive and lasting sentiment about YOU, what would it be?

LLD– One positive sentiment about myself I would like people to know is my love for my craft, family and friends is unparalleled. I’m a stickler for loyalty.

LLD– Sadly one thing I need to change about myself is that I’m not that social media friendly.  I don’t have many pages where one could reach me. Only Facebook, which you can find me under Pierre Clark.  In the very near future I promise to learn how to use all of them. 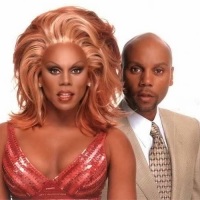 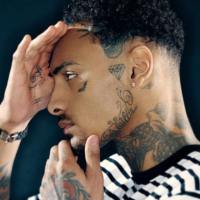