Most luxury menswear designers virtually showcased their Fall-Winter 2021 collections online during the end of January. In a sea, of what have become “hum-drum” and nearly sleep inducing; Virgil Abloh for Louis Vuitton, once again, delivered a show of near messianic proportions and took the coveted crown of Best Collection.  Virgil’s level of creativity, combined with impeccable execution, is positioning him as the undisputed genius of this moment in time! Each piece poetically spoke to what is current in our world and happening in a wider context. Virgil utilized expert craftmanship, artistry and collaboration to produce a narrative that took the audience on a voyage and recorded a beautiful moment in time!  The impact this black dude from north Chicago is placing on menswear and fashion as a whole, cannot be minimized. His approach is profound because in our modern age of luxury menswear, most designers have bowed to public consensus and the pressure to follow other people’s way of thinking as they design and execute their perspective collections. The beauty and artistry that were once the pillars of fashion, has evaporated – as most of the designers have shifted their focus and design aesthetic to almost exclusively cater to the frivolity of pop culture. Abloh has mastered the art of understanding your brand identity and making it the core of all creative decisions. He builds excitement with subject matter that can be talked about!

As the show concluded, many editors frantically rushed to make prophetic interpretations concerning the meaning, messaging and intent of Virgil’s collection. Its nothing wrong that. I suppose that’s a part of their job description. I too gasped and indulged in the intrigue as WWD revealed a bit of “industry tea” in their review of his show for Louis Vuitton. The question was asked “Who gets to claim ownership of a piece of clothing? It’s a question that Virgil Abloh was left pondering after his last collection for Louis Vuitton, following accusations by Belgian designer Walter Van Beirendonck that he ripped off some of his designs — claims that Abloh strongly denied. “ This accusation could’ve possibly derailed most designers.  But it’s evident that Virgil confidently stood in the realms of his talent and let his work speak for him! The mindset he adapted during the planning and implementation stages of this collection was “the process & the end product are equally invaluable.” The end result was a collection that left me sitting in front of my computer, silent – in a tans-like state- as I attempted to digest the magnificence of his genius work of art. The brilliance of his artistry and mastery of craftsmanship is reminiscent of John Galliano and Alexander McQueen. If nothing else, the Virgil Abloh for Louis Vuitton F/W 2021 communicated to the world, that fashion does not exist in a vacuum! Fashion is a huge business that is vital and alive with an important sense of expression!  I am indeed a fan….Cheers…. Deo 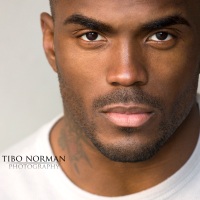